Cape Sounion is the site of ruins of the ancient Greek temple of Poseidon, the god of the sea in classical mythology.

The remains are perched on the headland, surrounded on three sides by the sea. The ruins bear the deeply engraved name of English Romantic poet Lord Byron (1788–1823).

According to Greek Mythology, Cape Sounion is the spot where Aegeus, king of Athens, leapt to his death off the cliff, thus giving his name to the Aegean Sea.

The site is a popular day-excursion for tourists from Athens, with the sunset over the Aegean Sea, as viewed from the ruins, a sought-after spectacle. 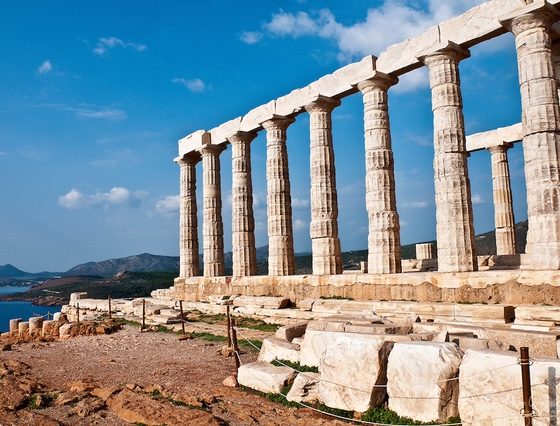 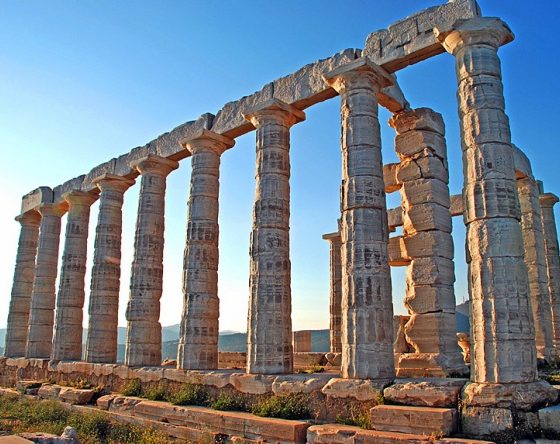