Located in the western Peloponnese, Olympia was an ancient Greek sanctuary site dedicated to the worship of Zeus, in whose honour Pan-Hellenic Games were held every four years from 776 BCE to 393 CE.

The first Olympic Games were held in 776 BCE at the first full moon after the summer solstice. During a three month Pan-Hellenic truce, athletes and as many as 40,000 spectators came from all over Greece to participate in the Games. Individuals and city-states brought offerings to Zeus which included money, statues (including the magnificent Nike of Paionios, c. 424 BCE, and the Hermes of Praxiteles, late 4th century BCE), bronze tripods, shields, helmets, and weapons resulting in Olympia becoming a living museum of Greek art and culture. Many cities also built treasuries – small but impressive buildings to house their offerings and raise the prestige of their city. 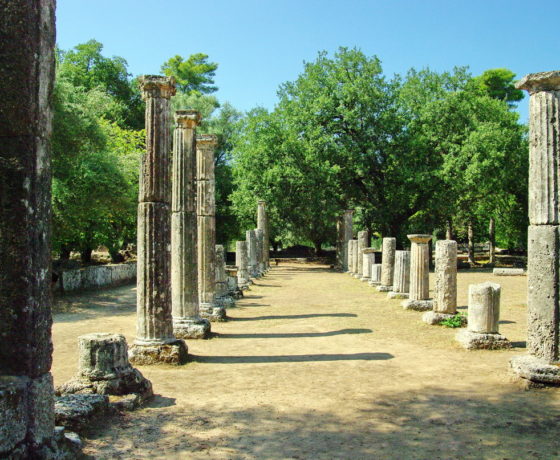 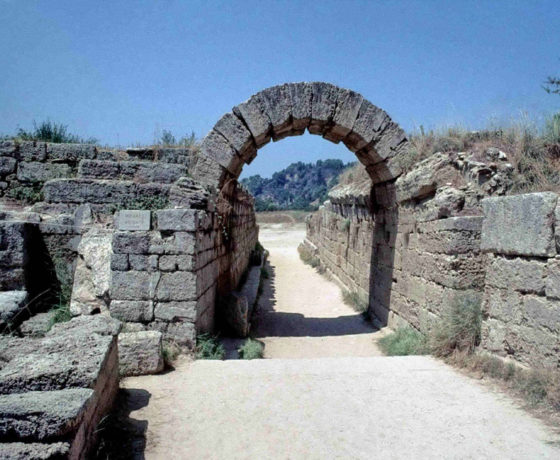