The monasteries of Meteora are one of the most extraordinary sights in mainland Greece.

Built into and on top of huge pinnacles of smooth rock, the earliest monasteries were reached by climbing articulated removable ladders.

Later, windlasses were used so monks could be hauled up in nets, a method used until the 1920s.

The monasteries provided monks with peaceful havens from increasing bloodshed as the Byzantine Empire waned at the end of the 14th century.

Apprehensive visitors enquiring how often the ropes were replaced were told ‘When the Lord lets them break’.

These days access to the monasteries is by steps hewn into the rocks and the windlasses are used only for hauling up provisions. 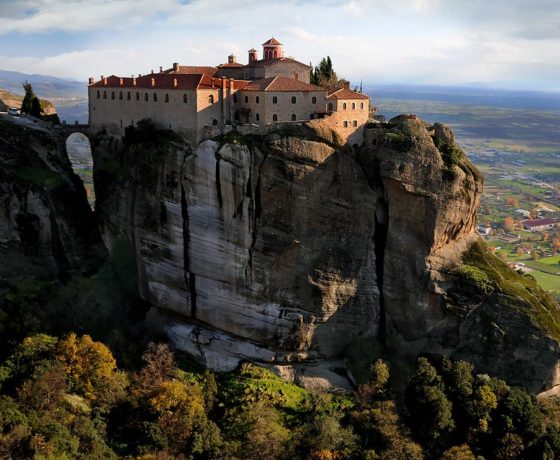 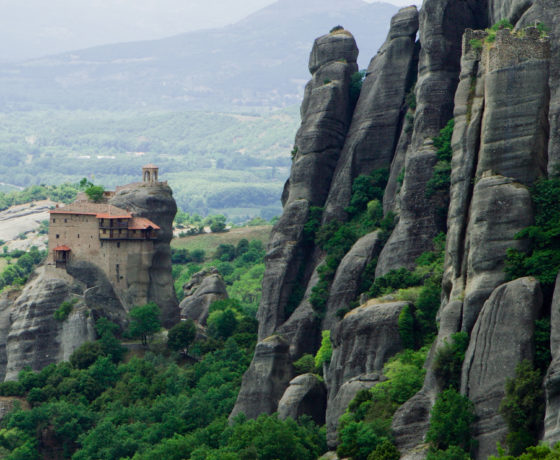