After the Acropolis, Delphi is the most popular archaeological site in Greece.

Located 180 km from Athens, a trip to Delphi is by far the most popular day trip out of Athens.

Delphi in ancient times was considered the center of the known world, the place where heaven and earth met.

This was the place on earth where man was closest to God.

In Mythology, Delphi is known as the center of worship for the God Apollo, son of Zeus who embodied moral discipline and spiritual clarity.

The oracle of Delphi was a spiritual experience whereby the spirit of Apollo was asked for advice on critical matters relating to people’s lives or affairs of the state.

Questions were asked to the Pythia, or priestess who ‘channeled’ the spirit of the God.

Whether one believes in the channeling of Gods or spirits is an individual thing. But even the most skeptical person must realize that there was something ‘magical’ going on in Delphi for several thousand years and the fact that the town still attracts a million visitors a year indicates that some of that magic is still there. 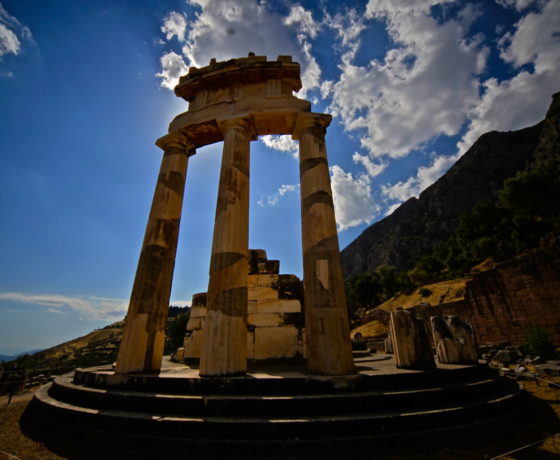 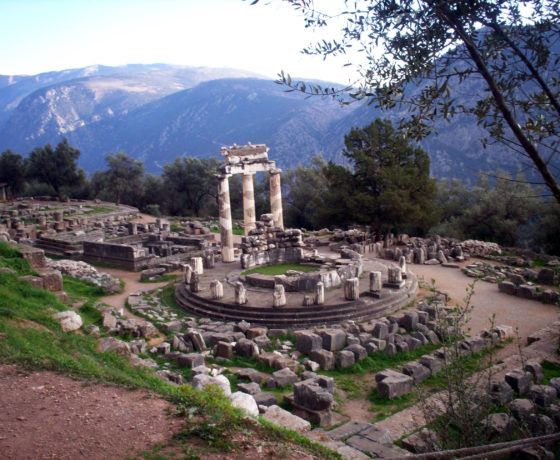