Athens, Inhabited for more than 3,000 years,  is widely known as the cradle of Western civilization and the birthplace of democracy.

The city presents a confusing blend of historical and modern features. Here are a few main stops that a visitor shouldn’t miss:

The Parthenon is located on the Acropolis on a hill that overlooks Athens. The temple was built to honor the goddess Athena Parthenos, the patron of Athens,

to thank her for protecting the city during the Persian Wars. Originally designed by the famous sculptor Phidias, the Parthenon originally held all kinds of treasures,

but the main attraction was a huge statue of Athena that was made out of elephant ivory and gold.

The New Acropolis Museum, which resides near the base of the hill overlooking the city. It has the largest collection of Greek architecture and ancient sculptures.

The museum has five floors that showcase 4,000 artifacts.

Agora of Athens: Located to the northwest of the Acropolis, the ancient Agora of Athens was once a marketplace and civic center. The people gathered here to browse all kinds of commodities

It was also a place to meet others and talk about politics, business, current events and the nature of the universe and divine.

The Temple of Olympian Zeus is known as the largest temple in Greece. The massive ancient complex took nearly seven centuries to complete.The temple stands today mostly as a reminder of Greek history.

One of the most popular tourist attractions in Athens is the Plaka District, which resides under the Acropolis and spreads out to Syntagma. This village is almost like an island within the city

As the highest point in Athens, it allows visitors to see all across the Attica basin and the Aegean Sea.

Syntagma Square: A major point of interest for any traveler to Athens. The most famous aspect of Syntagma is the changing of the guards

by the Evzones in front of the Tomb of the Unknown Soldier facing The Hellenic Parliament Building. 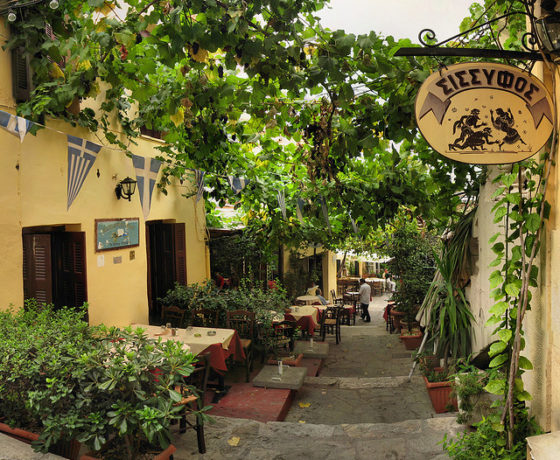 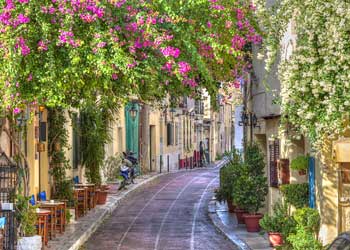 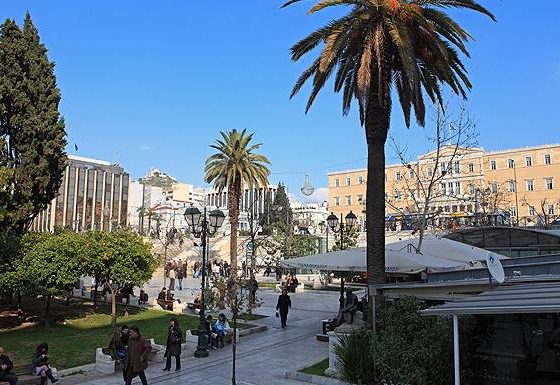